“Kyoto Prefectural Uji Park” is an island in the Uji River that flows steadily over a thousand years (a general term for Ukishima and Tachibanajima). The area along the embankment is known as a famous place for cherry blossoms, and the Ujigawa Sakura Festival is held on a Ukishima in early April. By the end of the cherry blossom season, “light purple” wisteria will bloom beautifully with a “sweet and gentle scent” at “Byodoin Phoenix Hall”. 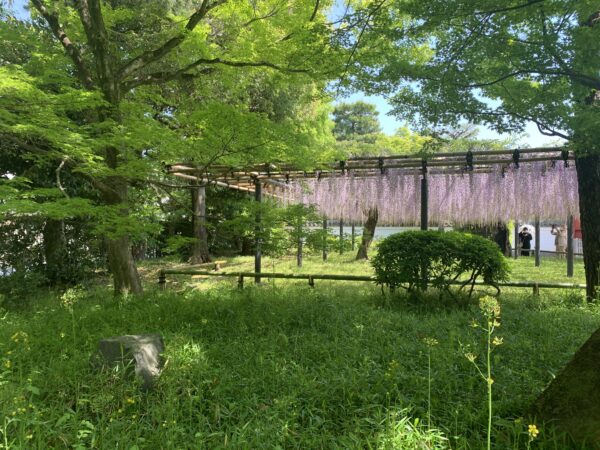 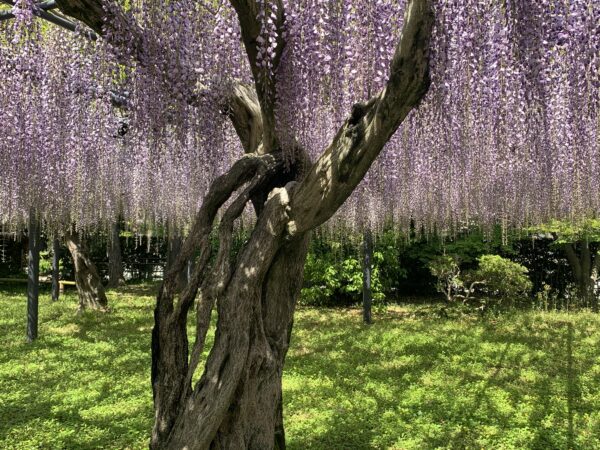 In the surrounding area, there are “Ujigami Shrine”, the oldest shrine building in Japan, and “Byodo-in Hoo-do”, where Mr. Fujiwara tried to embody the Gokuraku Joudo(Paradise Pure Land) in this world. Both are registered as World Heritage Sites.

The stage of Murasaki Shikibu “The Tale of Genji” 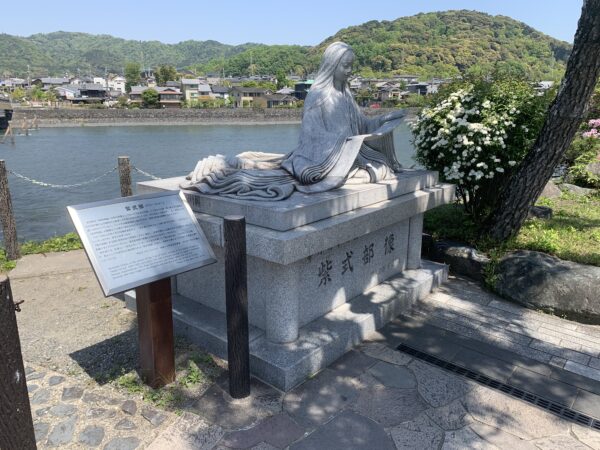 “Genji Monogatari(The Tale of Genji)” is a feature-length story made in the middle of the Heian period. This is the only narrative work of Murasaki Shikibu’s life, depicting the aristocratic society of the Heian period through the main character, “Hikaru Genji.” 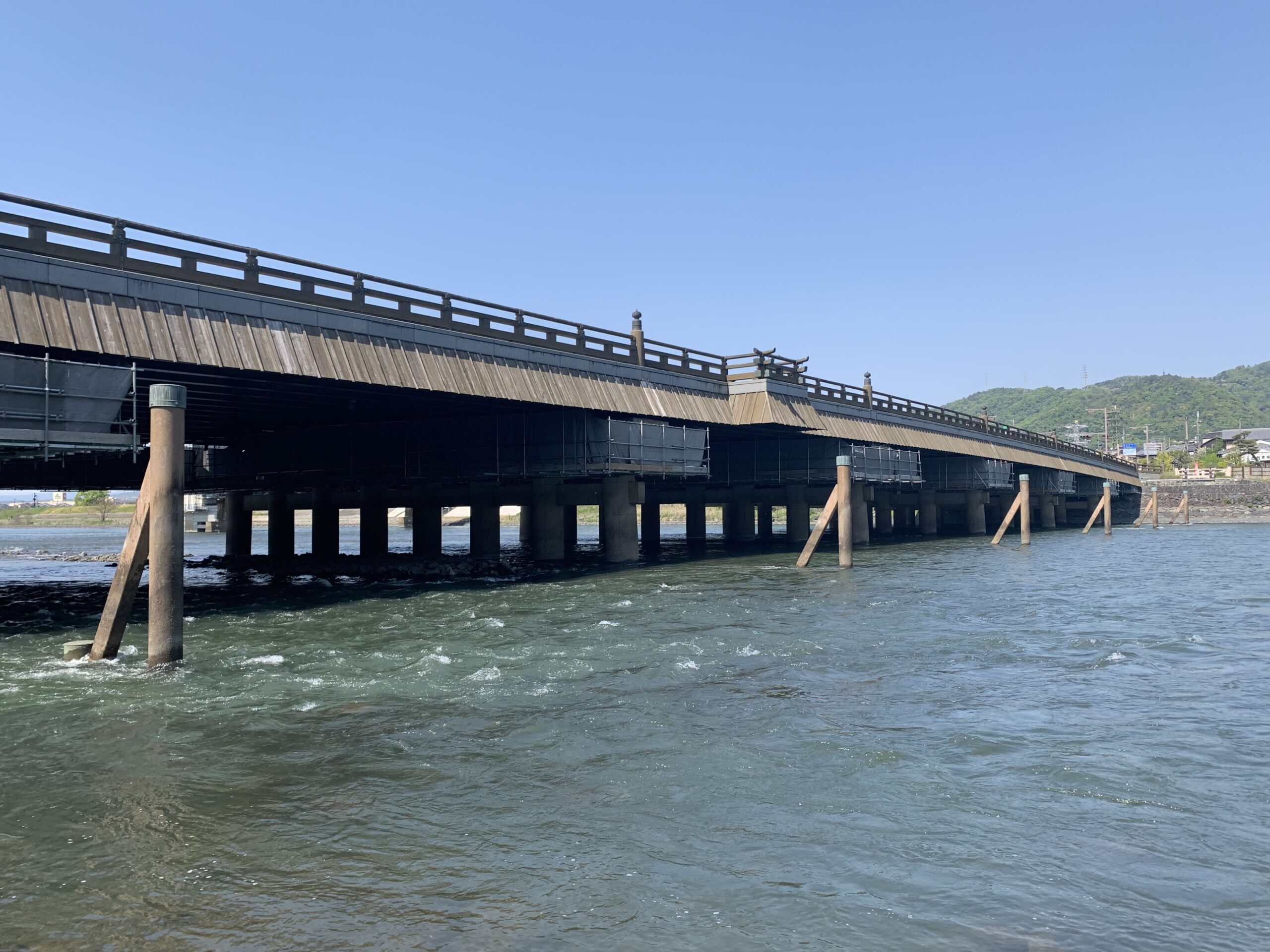 “Uji Bridge” is one of the three largest old bridges in Japan along with “Seta no Karabashi” and “Yamasaki Bridge”.

It is said that it was built by the monk Doto of Nara Hoko-ji (Asuka-dera) in 646 (2nd year of Taika), and it is the oldest bridge in Japan.

Legend of “Hashihime of Uji”

The large bridge from the old days enshrines the guardian deity “Hashihime” that prevents the invasion of foreign enemies.
“Uji no Hashihime” appears in “Kokinwakashu” and “Heike Monogatari”.
Therefore, a legend older than the time when “Genji Monogatari” was written remains.

A jealous woman during the time of Emperor Saga (809-823) became angry at her husband’s making a mistress, prayed to Kibunemyojin, soaked herself in the Uji River for 100 days as told, and became a demon alive. ..

And he killed his hated husband and his mistress. After that, the jealous woman who became a demon killed people in quick succession.

Legend has it that the demon was enshrined in a shrine as “Hashihime” to calm the situation.

If you leave Uji Bridge and go up the embankment of the Uji River, you will see the bridge with “Uji Park”, “Tachibanahashi” and “Kisenbashi”. This area is famous for “cormorant fishing” along with Arashiyama in Kyoto. 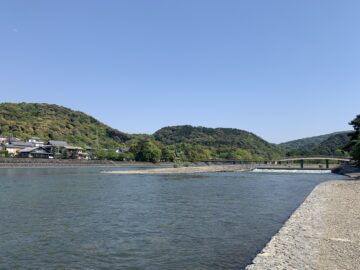 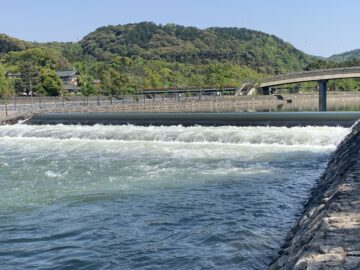 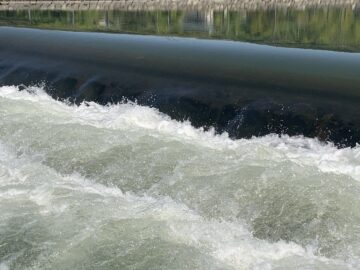 Upstream from this dam is the place where cormorant fishing takes place.

This dam has a high horizontal system, and it seems that the amount of water and the water flow have been calculated completely, and the upstream from the dam looks calm like a mirror compared to the downstream where the river flow is steep. 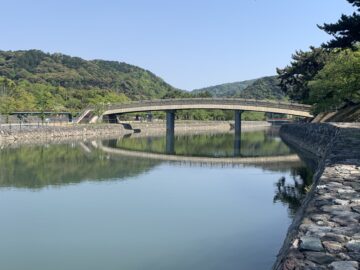 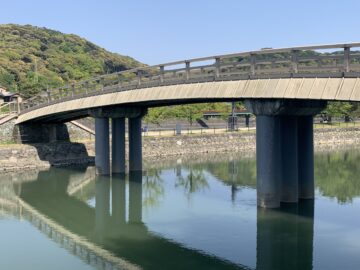 The surface of the water reflects “Tachibanahashi” like a mirror. Every year from the beginning of July to the end of September, “Ukai” is held at this place, and it is graceful to see the torches and Usho’s techniques reflected on the river surface while eating food on a houseboat. 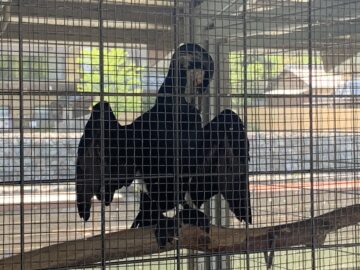 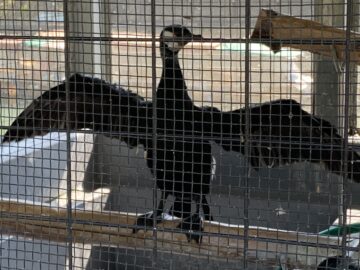 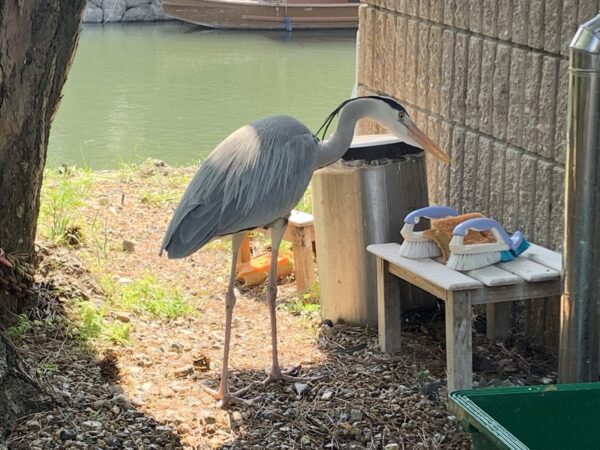 It seemed that a familiar “Gray Heron” was looking for food near the Ukai hut. 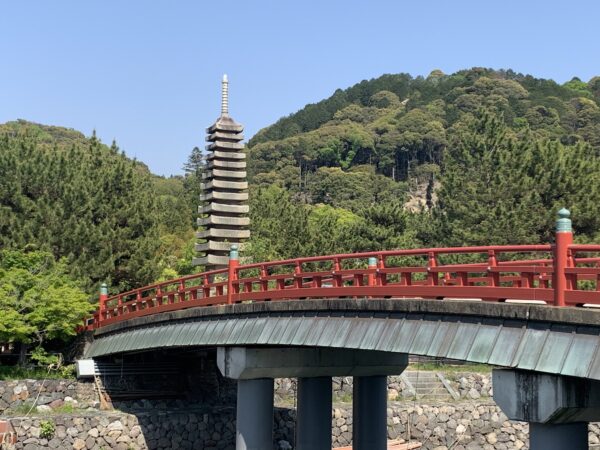 The vermilion-painted bridge over the island in “Uji Park” is “Kisenbashi”, and the other side of the bridge is “Jusanjusekito”. 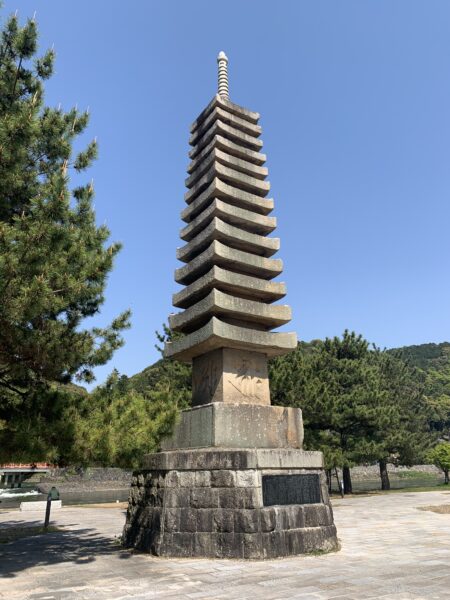 The “Jusanjusekito”, which stands on the island of the tower and has a height of about 15 m, is the largest ancient stone pagoda in Japan and is designated as a national important cultural property. This tower is also called the “fish spirit memorial tower” and is said to have been built by the monk Eison of Saidaiji Temple in Nara in the latter half of the Kamakura period to memorialize the fish spirit.

The tower has once swept by the flood of river in 1756, but found in middle of 18th century and the tower was reconstructed successfully. 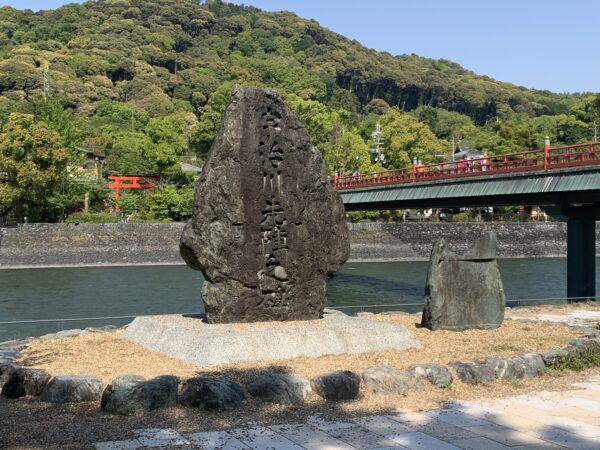 There was a battle between “Kiso Yoshinaka” and “Minamoto no Yoshitune” called Battle of River Uji long time ago around this place.  And Yoshitune won in this battle.

There is interesting legendary story of the battle that “Kajiwara Kagesue” an ally of Yoshitune fought against “Sasaki Takatsuna” at the middle of river on their horses.
The picture of the stone monument was built as a memorial of this story at “Tachibanajima”.
This stone monument is called “Ujigawasenjin-no-hi” which means “Stone monumet of Battle in Uji River” in English.

This monument was built in 1931, but the actual place of battle is said be little downstream from the place of the monument. 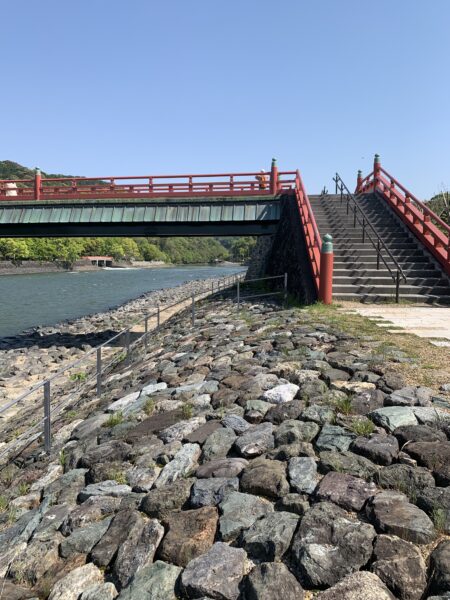 You can see this bridge right next to “Stone monumet of Battle in Uji River”.
There is one of the oldest shrine in Japan which name is “Ujigami Shrine” if you go through this bridge.