There are many shrines and temples in Kyoto that have mysterious benefits called power spots. Among them, “Kawai Shrine” is a shrine that has a reputation for being a unique “beauty”. 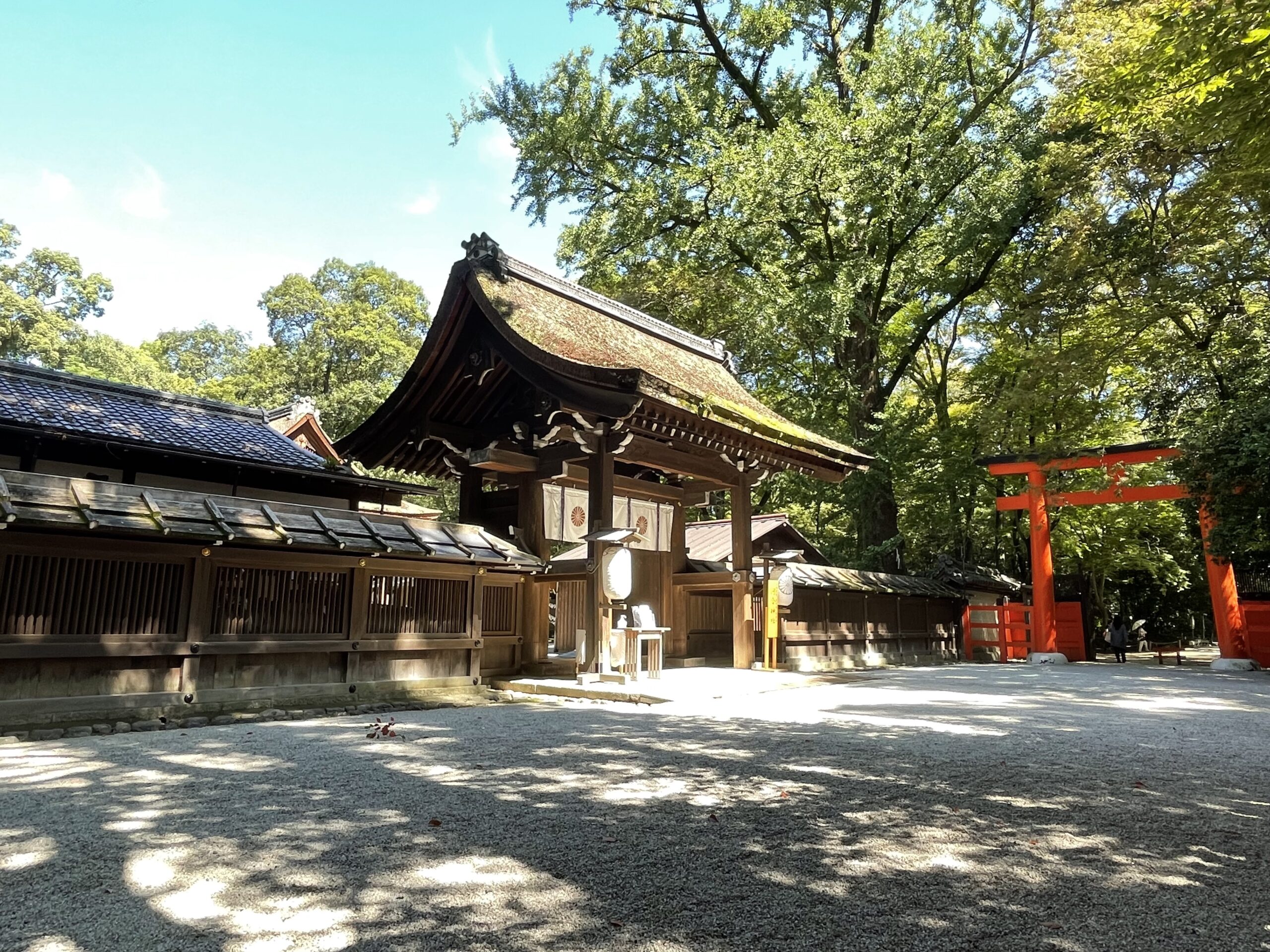 The place is the first Setsumatsusha of Kamo Goso Shrine (commonly known as Shimogamo Shrine), which is registered as a World Heritage Site, and is located on the west side of “Semi no Ogawa” in the precincts of Tadasu no Mori.

The deity is Tamayorihime, the mother goddess of Emperor Jimmu, and is the same as the deity of the main shrine of Shimogamo Shrine.

Tamayori-hime’s achievements are said to be a model Japanese woman’s , and are widely known as a god who fulfills the desire for women to become even more beautiful and to fulfill their childbirth, childcare, and marriage.

Pray to be beautiful with “Kagamiema”

At the shrine gate of “Kawai Shrine”, there is a sign that says “Women’s guardian, Japan’s first beautiful god”! After passing through the Shinto gate, you will find the maidono in the center and the main shrine in the back.

On the east side of the main shrine is the dedication center of “kagamiema”, which is popular among women who want to be beautiful. The unusual “kagamiema” is shaped like a hand mirror and has a face that looks like your own. 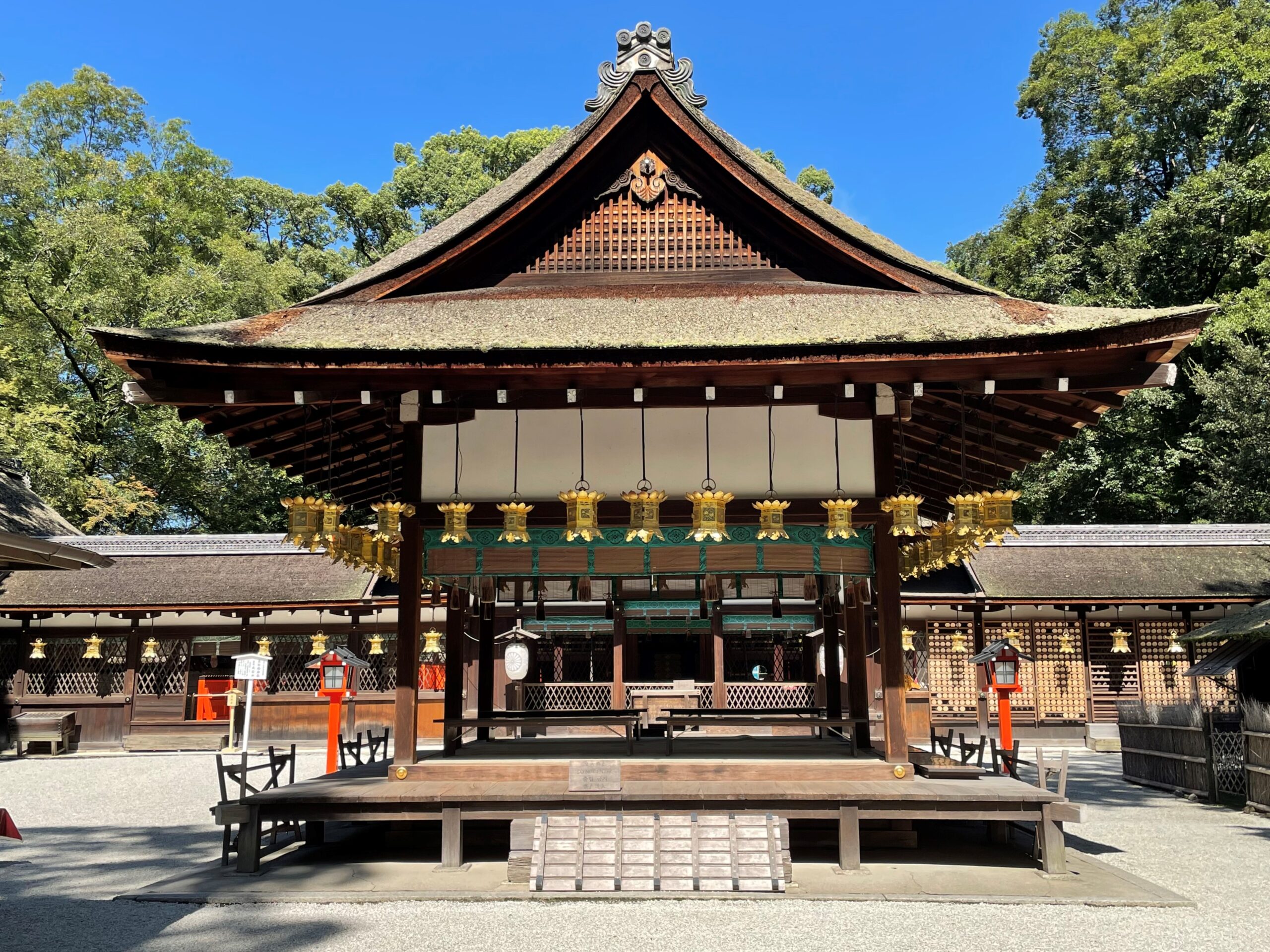 Make a wish on the face on the front side with your own make-up tool, and write your wish on the back side. Immediately after entering the Shinto gate (east side), there is a building called “kagamiema make-up room ” where you can make up on “kagamiema”, and crayons are available even if you do not have makeup tools.

Make a wish on the face on the front side with your own make-up tool, and write your wish on the back side. Immediately after entering the Shinto gate (east side), there is a building called “kagamiema make-up room” where you can make up on “kagamiema”, and crayons are prepared even if you do not have make-up tools.

When you dedicate “Kagamiema”, you will receive a rice donation and a bookmark that says “To be a beautiful woman.” In the bookmark, the Japanese poem of Empress Meiji (Empress Shoken), who was devoted to the establishment and management of the Japanese Red Cross Society, is written.

This song likens a mirror to the heart, and beauty is written to polish the heart. The Emperor Meiji and Empress are also said to be beautiful women’s virtues, so they are even more beneficial.

Kawai Shrine and Kamo no Chomei

It’s a different story from praying for beauty, but why is the “Chomei’s Hojo”in the precincts here? I will talk about the relationship between “Kawai Shrine” and Kamo no Chomei.

Kamo no Chomei, who is also the author of “Hojoki”, one of Japan’s three major writings, said he spent his childhood as the son of “Negi” (priesthood) at “Kawai Shrine”, and wrote about this place. “Waka” is left.

Kamo no Chomei was also a priest at Shimogamo Shrine for a while. 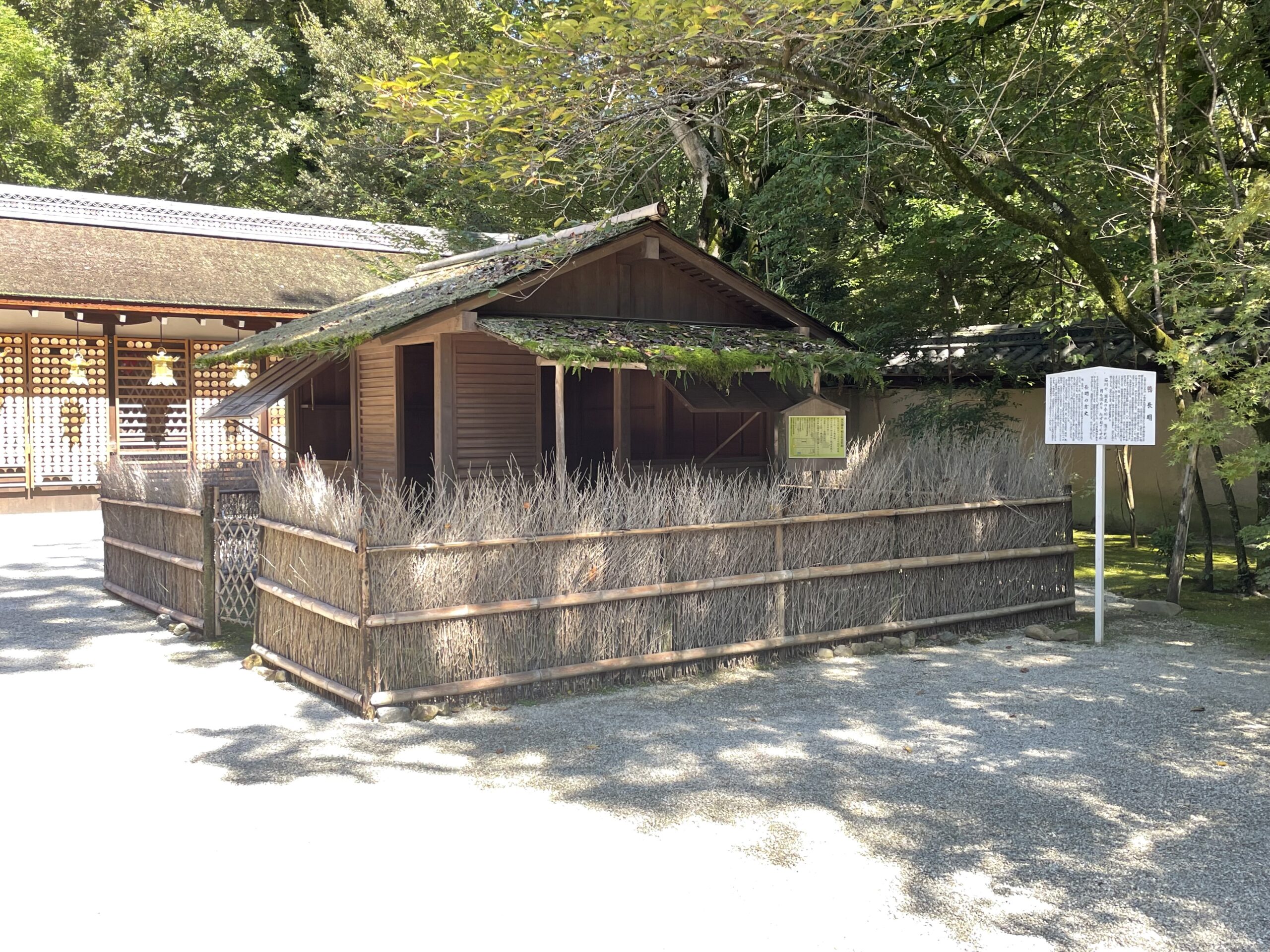 Hojo is said to have been named because it was a one-length (about 3 meters) square (one-length frontage and depth) building. And this Hojo is a Doi girder structure with the concept of moving a building (a structure in which a foundation is placed instead of a foundation to build a pillar, and the foundation and the building are not joined).

Simply put, it’s a movable wooden building (a building made of wood) that’s like a tent.

In his later years, Chomei, who withdrew from public office, used this prefabricated “Hojo” as Sumika to move from place to place. And, “Hojoki” is an essay about the impermanence of the world and the fragility of life.

When I know the life of Chomei, I feel that I can understand “the impermanence of the world, the fragility of life.” 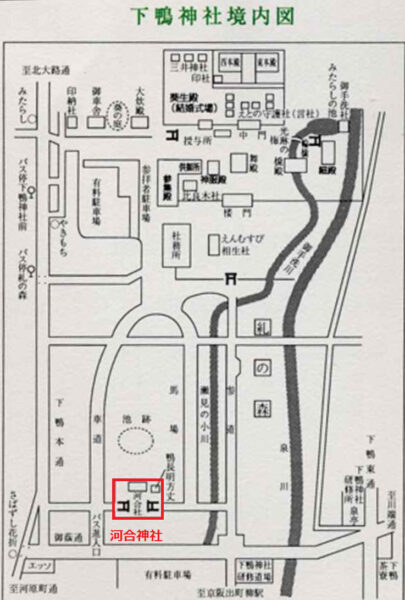 “Stone of Bond” in Yasui-Konpiraguu the shrine

I went to "Yasui-Konpiraguu" to get good connections and cut off bad connections. This shrine is famous for bringing "g...

The autumn leaves at "Tofukuji Temple" have turned into red, And now is a good timing for seeing the beauty of Autumn l...

Japanese custom “Higan” is a memorial day for ancestors

In Japan, the three days before and after "Vernal Equinox Day" and "Autumn Equinox Day" (7 days in total) are called "Hi...

"Kyoto Prefectural Uji Park" is an island in the Uji River that flows steadily over a thousand years (a general term for...

The Yasurai Festival at Imamiya Shrine, which is held on the second Sunday of April every year, is limited to Shinto rit...
ホーム
culture-education
スポンサーリンク
スポンサーリンク