The autumn leaves at “Tofukuji Temple” have turned into red,
And now is a good timing for seeing the beauty of Autumn leaves in Japan.
I took this photo from “Tsutenkyou” at 3:00 pm on Sunday, November 8, 2020.
This year, thanks to no typhoon come to Kyoto, you can see beautiful maples. 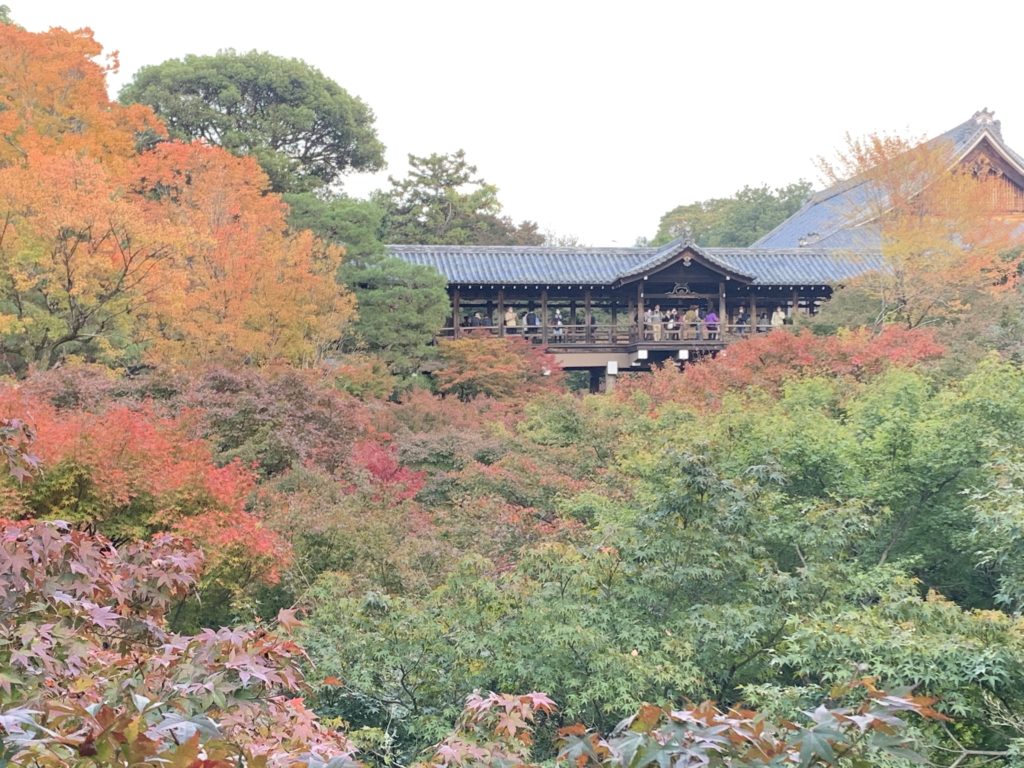 As usual this year, the best time to see the Autumn leaves are from mid-November to early December.

This year, the number of visitors are not as high as usual due to the influence of corona. 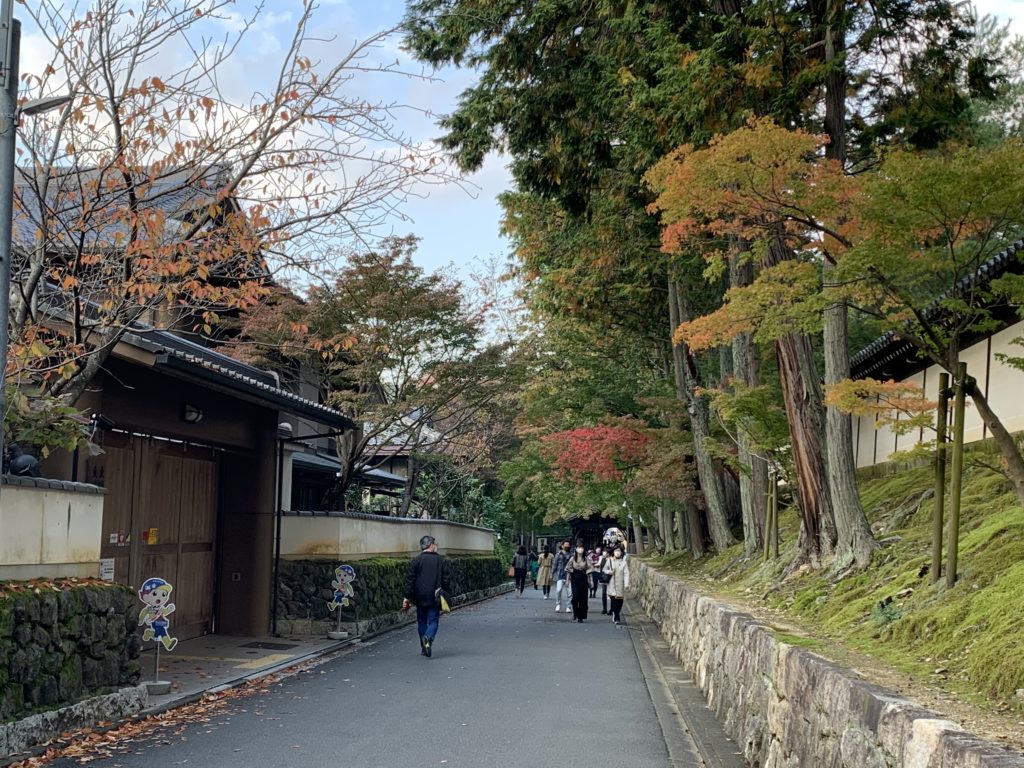 If you go straight from the place where I took this picture, you will see a bridge where you can see “Tsutenbashi”, which is often introduced in the media.

Last year, there were announcement from microphone says “Don’t stop” all day long, but so far this place was not crowded.

Currently, “Tofukuji Hatto” and “Tofukuji Sanmon” are open to the public.
The period is from September 1st (Tuesday) to December 13th (Sunday), and the reception desk is open from 9:00 am to 4:00 pm. 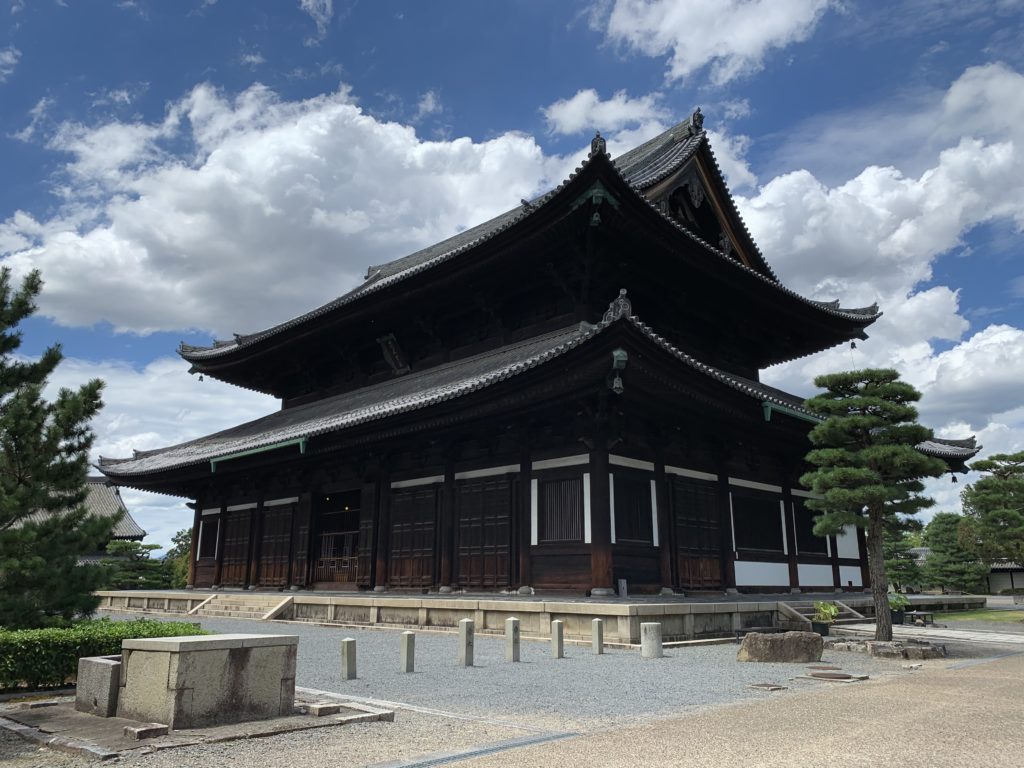 You can see some historical statues such as “Statue of Shaka Nyorai”, “The statue of Makakashiyousonjya and Anan”, and “The statue of the four heavenly kings” in the main hall of “Tofukuji Temple”.
In addition, you can see the powerful ceiling painting call “Soryu-zu” on the ceiling of “Tofukuji Temple”, which is said that Japanese-style painter “Insho Domoto” had painted up in less than a month. 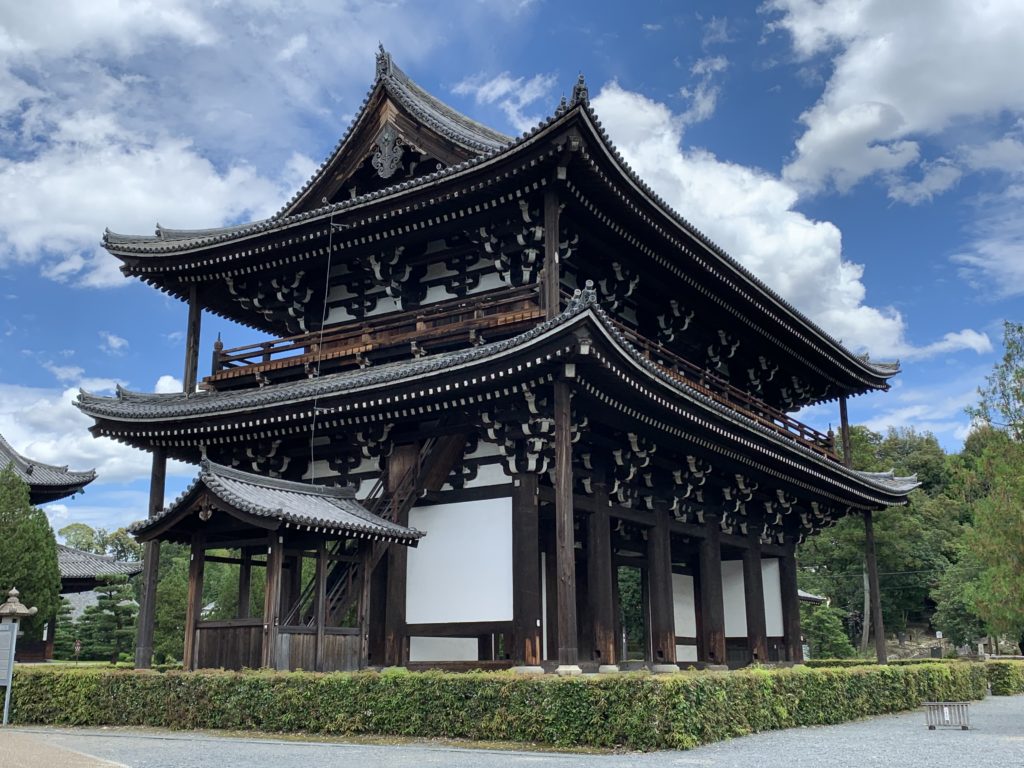 The “Sanmon” at Tofukuji Temple indicates the Buddhist teaching “Sanmon”.
・ ” Kuumon” ( to see that the phenomenon of existence is empty)
・ “Musoumon” ( to see if there is no phase of discrimination)
・ “Musamon” (to see if it is not the object of desire)

The “Sanmon” was rebuilt by “Ashikaga Yoshimochi” in 1427, and this temple has been designated as a national treasure as the oldest Zen temple in Japan.

You can see a panoramic view of the city of Kyoto from the top of “Sanmon”, and also there is a sitting statue of Shaka Nyorai in the center, a venerable moon lid in front, Sudhana, and 16 Rakans on both sides.

There is no parking lot, so please take a taxi, Keihan Main Line, or JR Nara Line.