The Kyoto City Kyocera Museum of Art was reopened on April 4, 2020.

The Kyoto Municipal Museum of Art, which opened in 1933 (Showa 8), is a public museum that was created based on the original plan of the architect “Kenjiro Maeda” by a competition held under the concept of “based on Japanese taste” at that time. It is the oldest museum in Japan that retains its original appearance, and is highly regarded as a modern architecture.

With the aging of buildings progressing, the future concept has been promoted since 2014 (Heisei 26), which celebrated the 80th anniversary of the hall, with the aim of leading the idea of ​​”World Culture Free City Declaration” and aiming to be a museum that can be proud of in the world. ..

The “Kyoto City Museum of Art Redevelopment Plan” was formulated in 2015, and the “Jun Aoki” and “Tetsuo Nishizawa” design communities were selected for the open call for participants type proposal.

The major renovation, which has evolved further while retaining its original appearance, was renewed in 2020 with a splendid workmanship in harmony with the Jingu-michi in Okazaki, including Heian Jingu.

The appearance of the new “Glass Ribbon” in the square in front of the museum entrance facing Jingu-dori can be felt like Jun Aoki, who designed the “Louis Vuitton Omotesando” (BCS Prize). 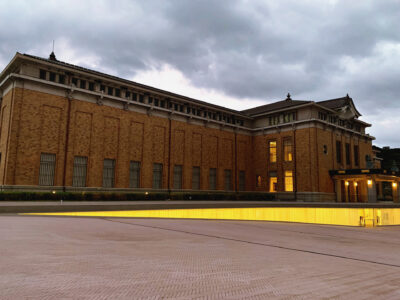 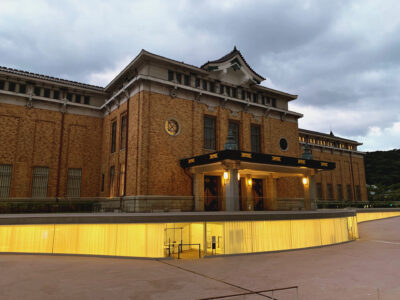 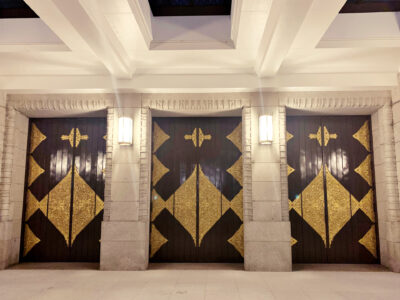 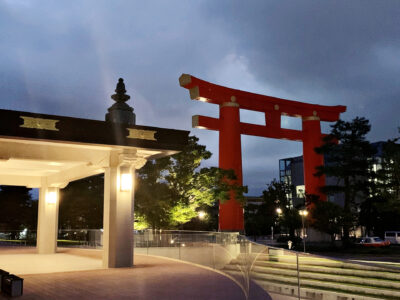 The highlight is the “ribbon glass” on the façade

The highly transparent and supple “ribbon glass” gently connects the inside and outside of the building, and the highlight is the feeling of liberation. 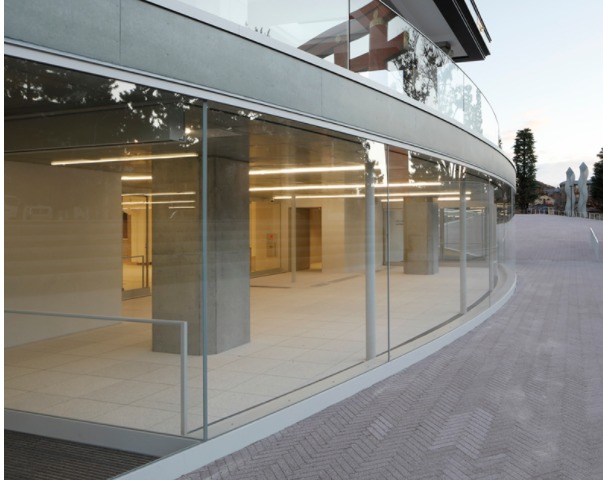 The expression changes depending on the viewing angle of the tiles that match the width of the bricks in the main building. 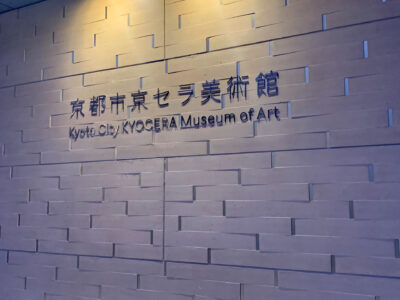 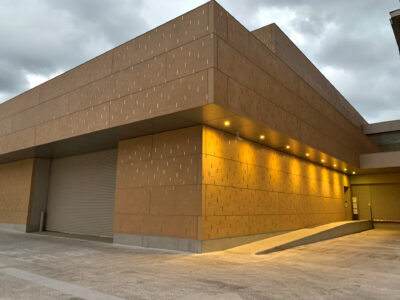 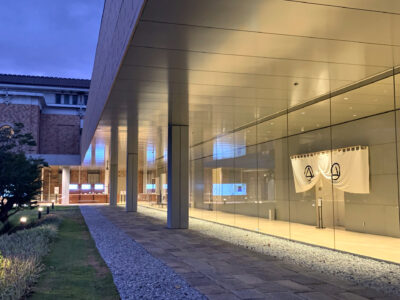 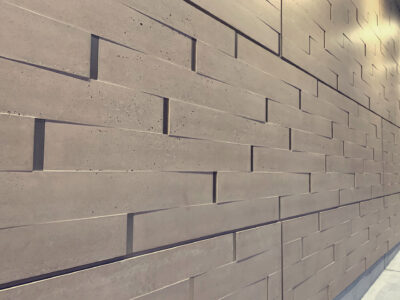 East entrance in harmony with the Japanese garden 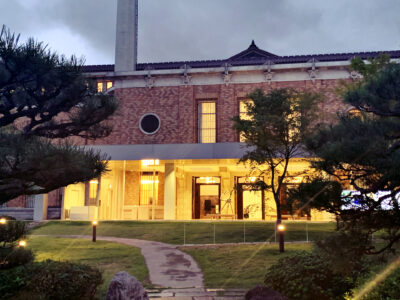 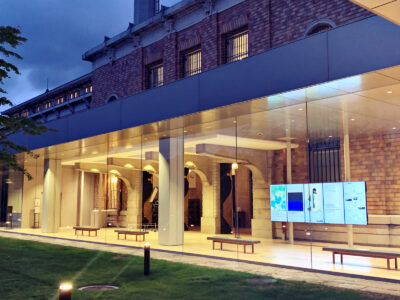 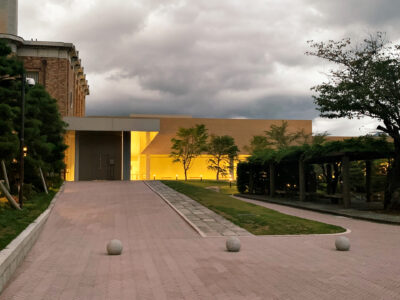 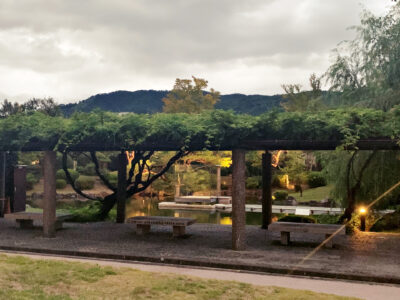 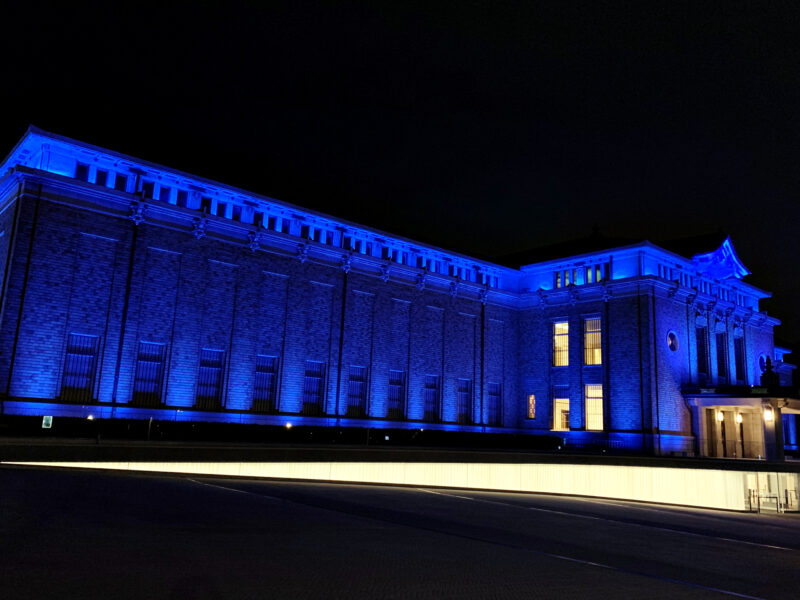 In Okazaki, Sakyo, Kyoto, where the Kyocera Museum is located, the “Kyoto Kaikan” was designed by architect “Kunio Maekawa” in 1960. Today, ROHM Theater, which was reopened in January 2016, is located in the northwest across the road.

On the road facing the main entrance, there is a “Otorii” called “Jingu-michi”.

In spring, cherry blossoms bloom around Lake Biwa Canal, which flows just to the south, and it makes you forget the time when you see the boats passing by.

I have introduced a little about the surrounding area, but the highlight of the exterior of the Kyocera Museum is the wonderful renewal of the façade “ribbon glass” in harmony with the original design. Please drop in.