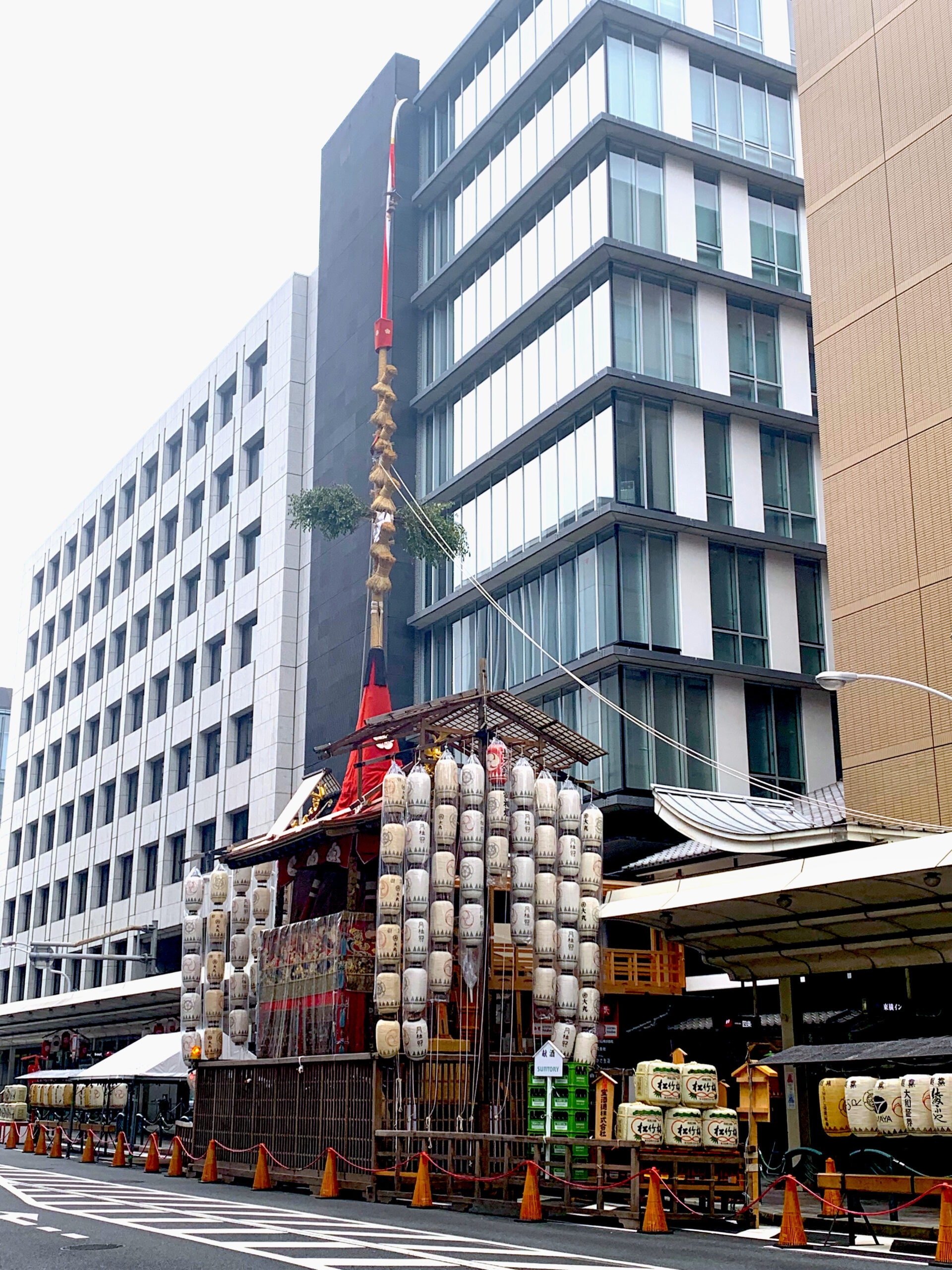 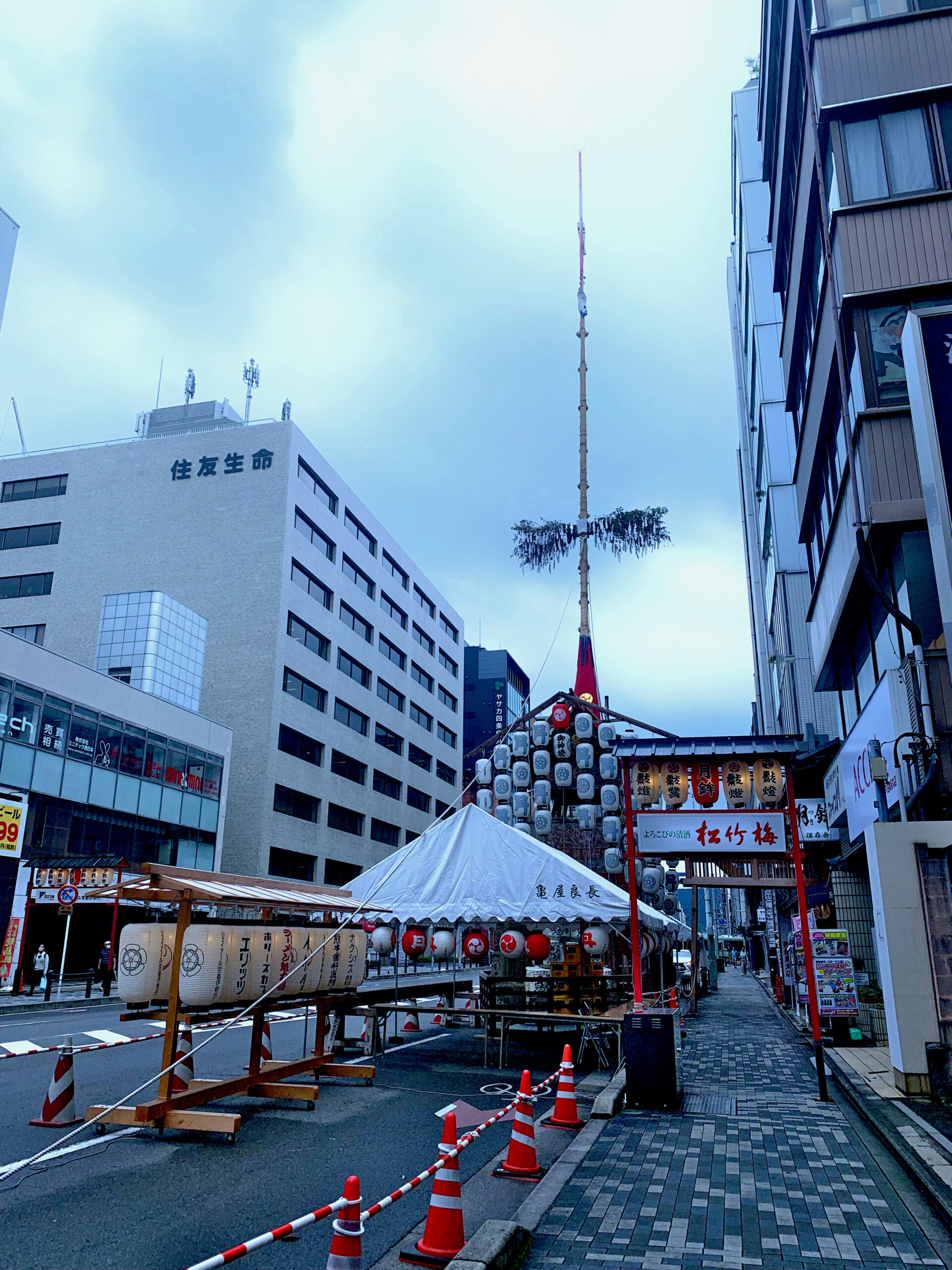 This year too, the Yamahoko cruise is canceled due to the influence of the COVID-19!

The Gion Festival in Kyoto is July 16th, the day of the Yoiyama of the previous festival (Sakimatsuri).

Every year, 23 Yamahoko are scattered in a range of 1km in diameter, including Shijo-dori, and the period from 14th to 16th is crowded with hundreds of thousands of spectators.

This year, there are only 10 Hoko no Assembled for the purpose of passing on technology.

The Gion Matsuri Yamahoko Federation is also calling for refraining from viewing to prevent infection, so it is not as lively as usual.

The annual Gion Festival begins on July 1st at the “Sendo no Ki” in Naginataboko-cho and ends on July 31st at the “Eki Shrine Natsukoshi Festival”. One month is the festival period.

The biggest event during the period is Yamahoko parade.

The main-festival (Sakimatsuri) is a parade of 23 Yamahoko on July 17th. The after-festival will be a parade of 10 Yamahoko and flower umbrellas on July 24th.

In the usual yoiyama, Shijo-dori and Karasuma-dori were pedestrian paradises, but this year it will be canceled and the komagatat lanterns that illuminate yamahoko will also turn off at 7 pm. The awarding of chimaki to avoid troubles is also limited by the same time.

I am wondering how to build a hoko that is over 20m high and weighs over 10t.

The halberd construction is roughly divided into “rope garami” (building the foundation), “standing up Maki” (how to build the tallest pillar in the center of the halberd), “installing wheels”, and “installing ornaments”. 5 steps.

The hoko building, which inherits the tradition, is all handmade. Above all, the work of “standing up Maki” is a masterpiece.

To install Maki with a length of 20m, lay down hoko once, then install it, and then stand up the laid down hoko. It is also a manual work using a rope.

I’m surprised that this will be assembled in 3 days.

Using a technique unique to Gion Matsuri that has been handed down from ancient times, we will make a foundation with only ropes without using nails.

The intricately woven rope is firm yet flexible. We use experience and skill to create functions that remind us of the structure of skyscrapers.

The height is as high as 20m, it is the height of a 6-7 story middle-rise building. 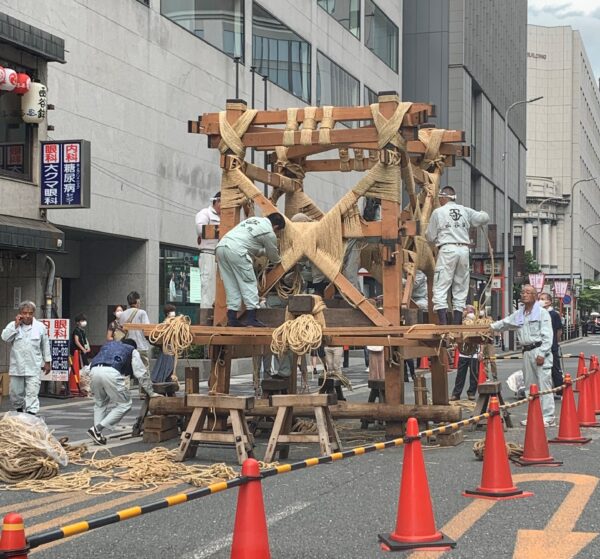 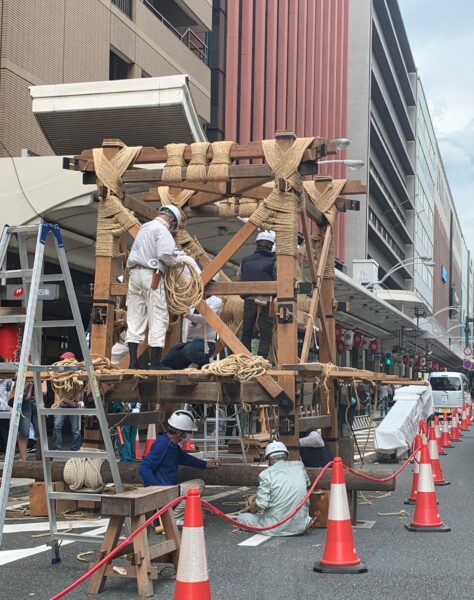 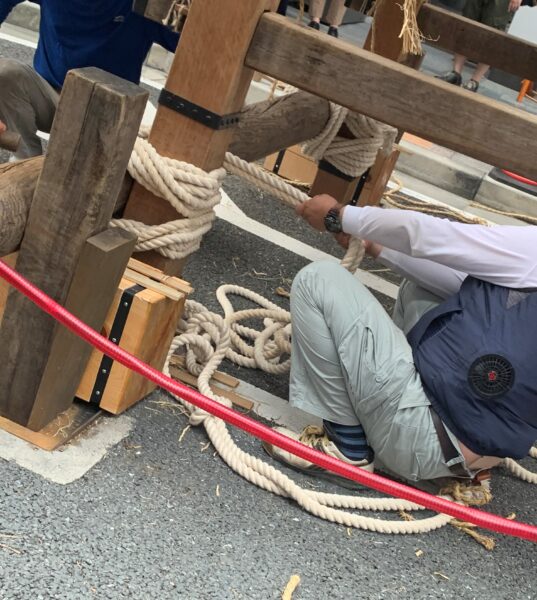 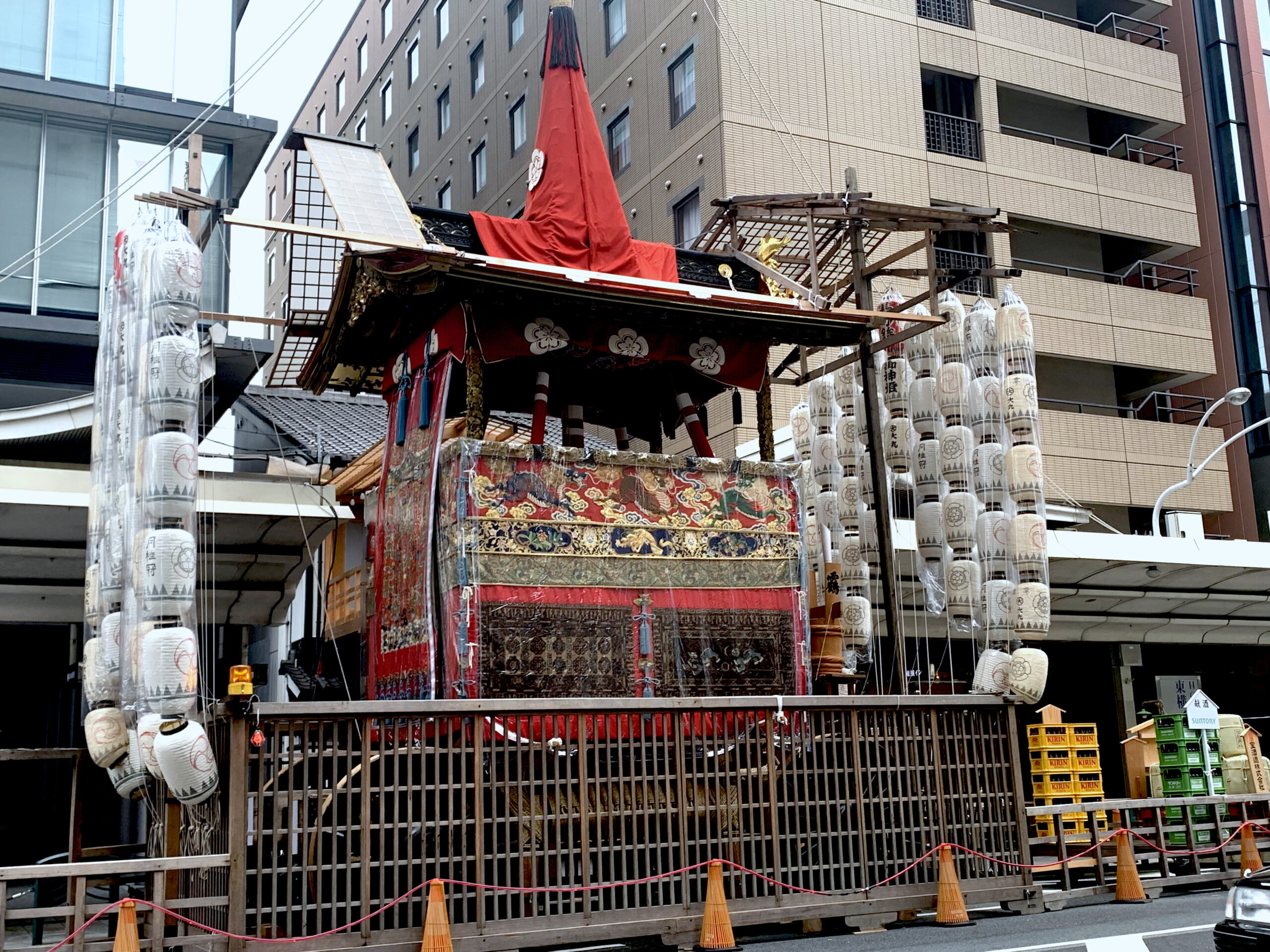 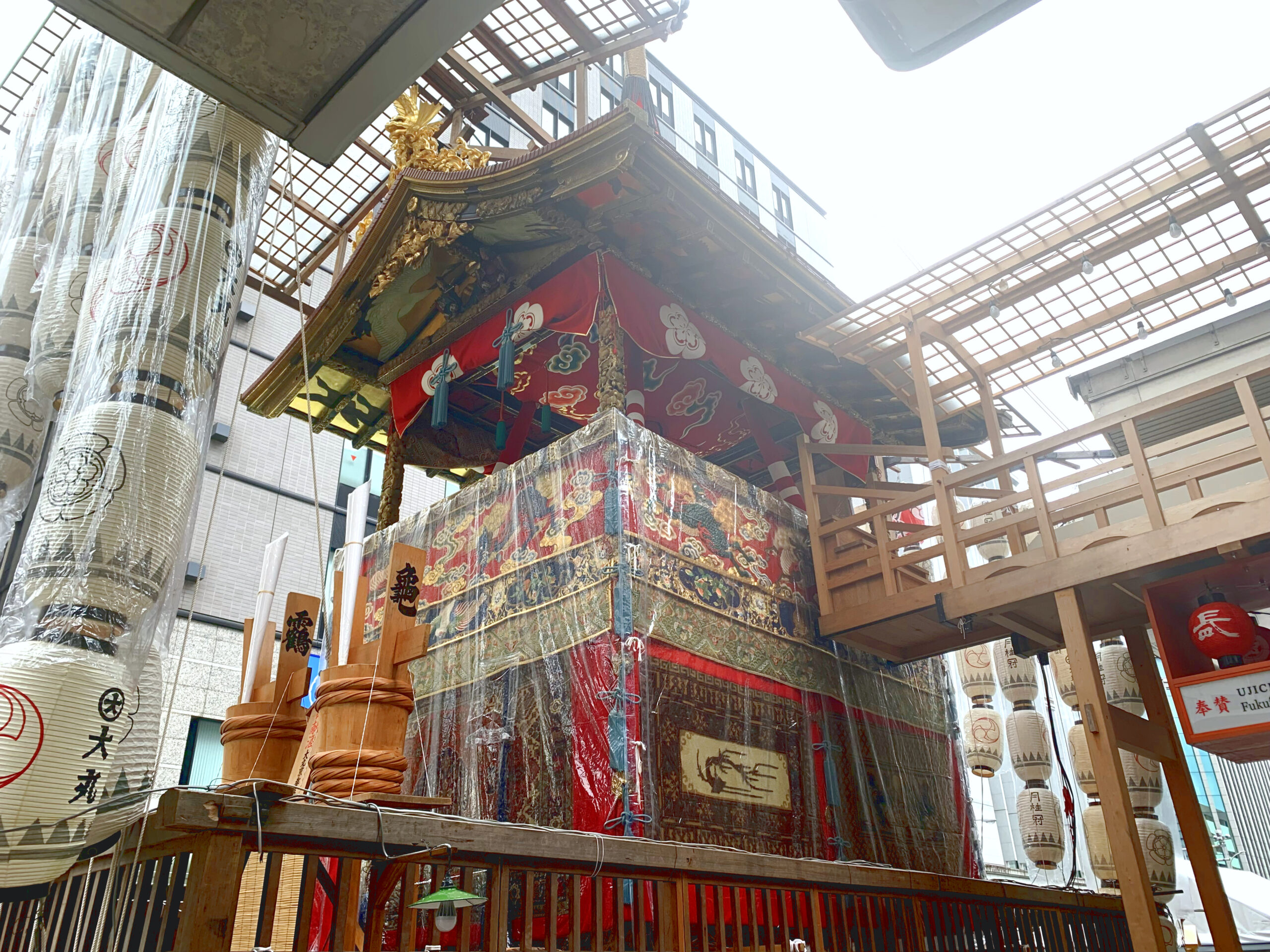 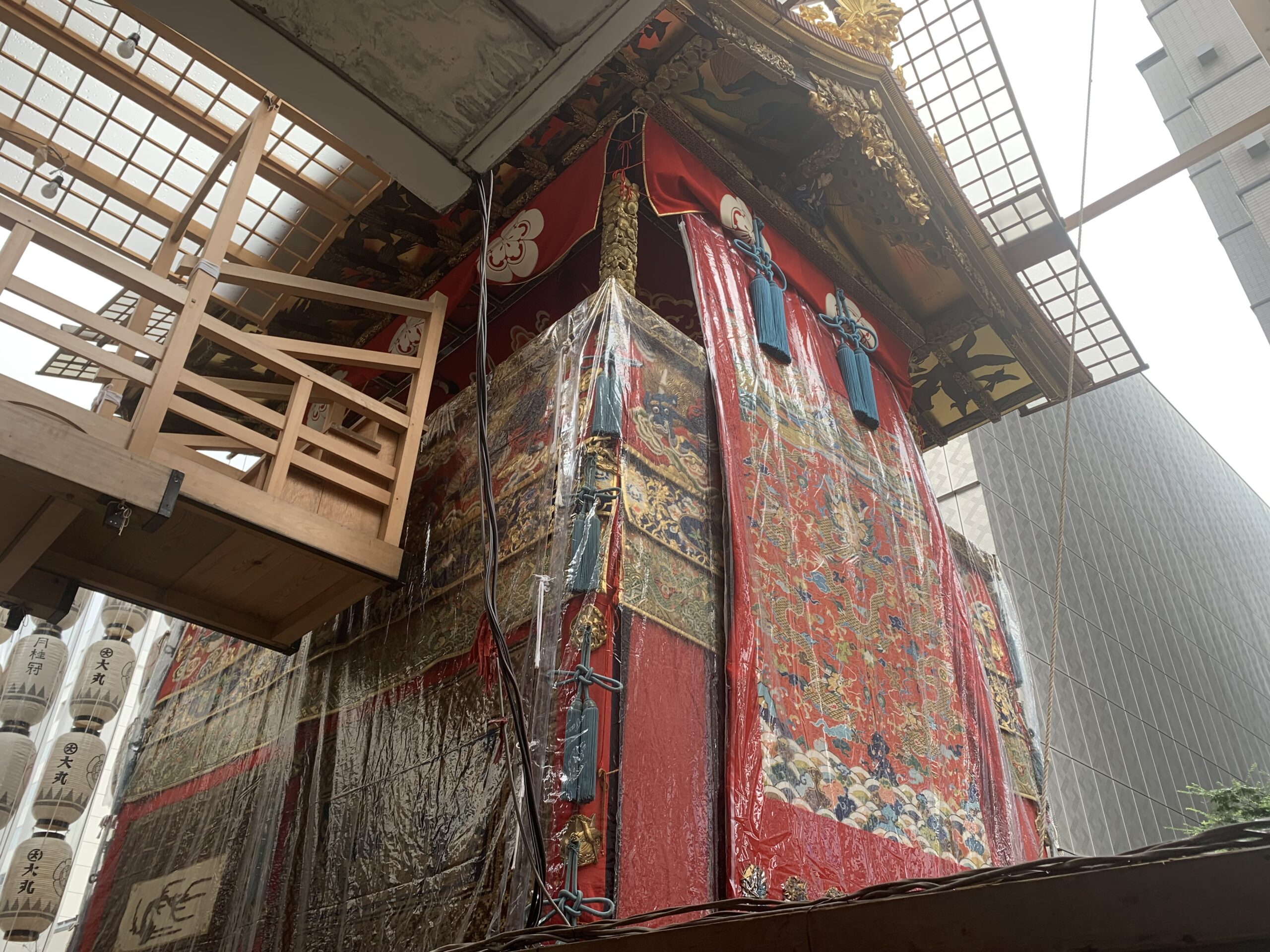 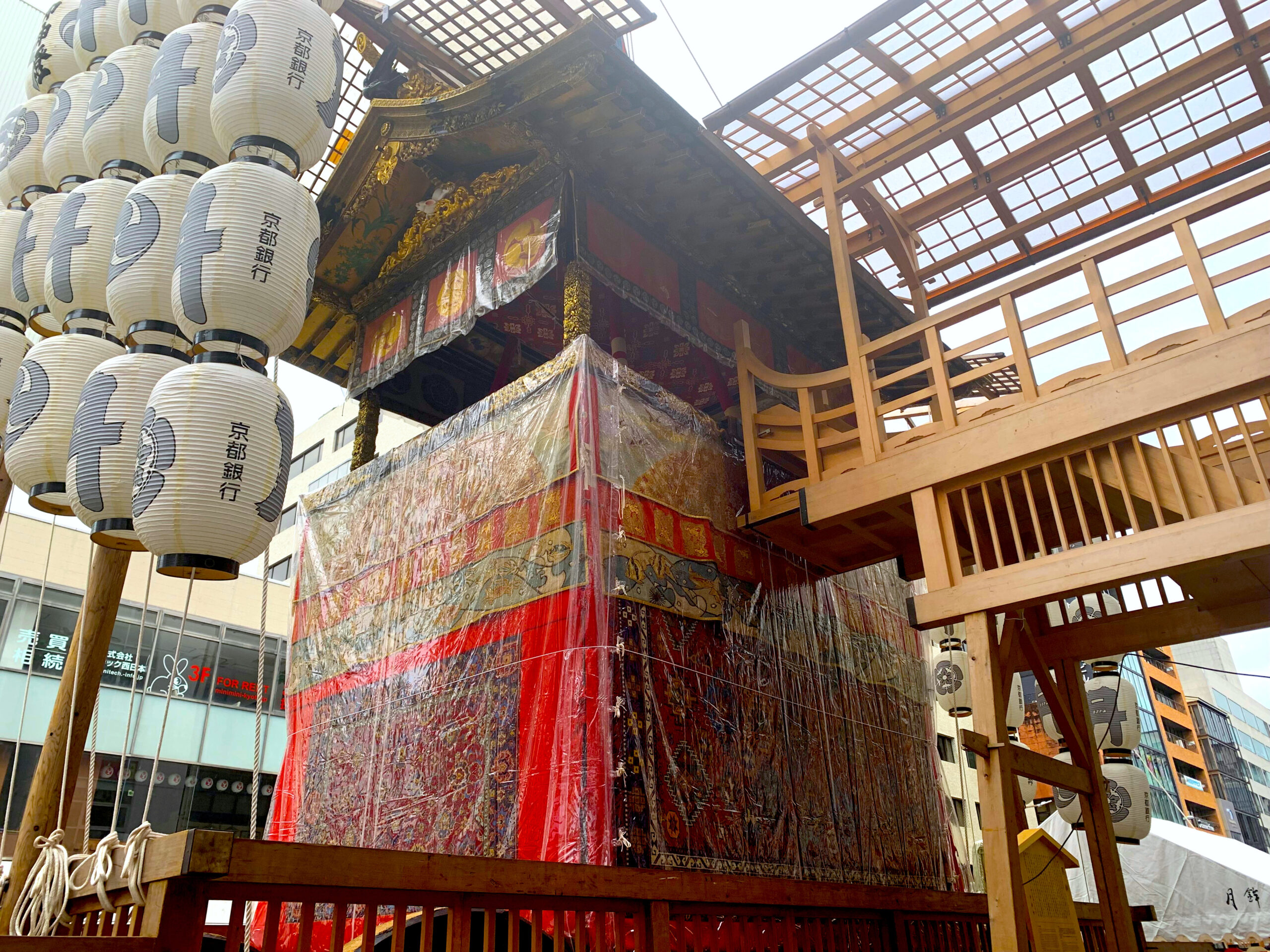 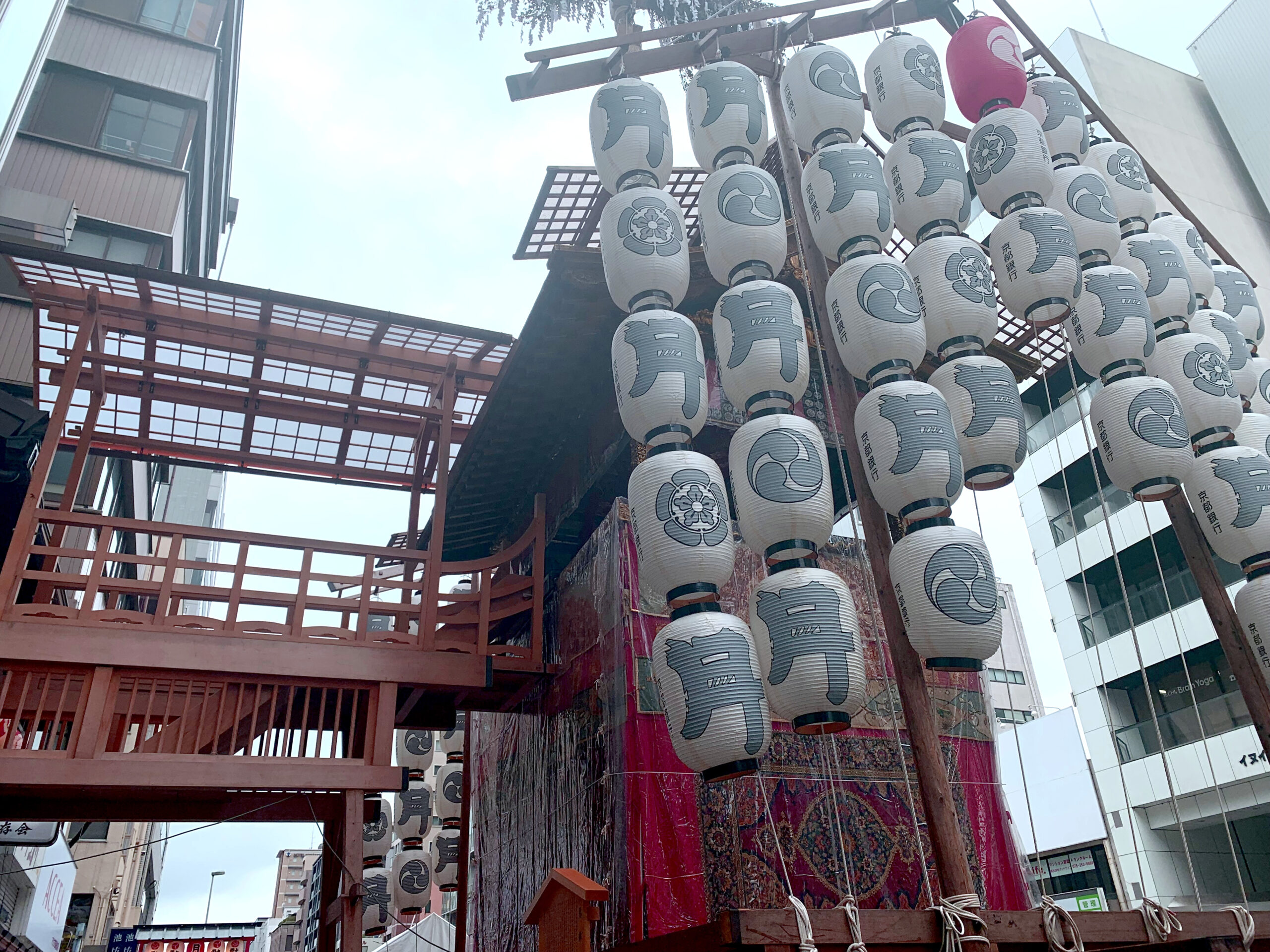 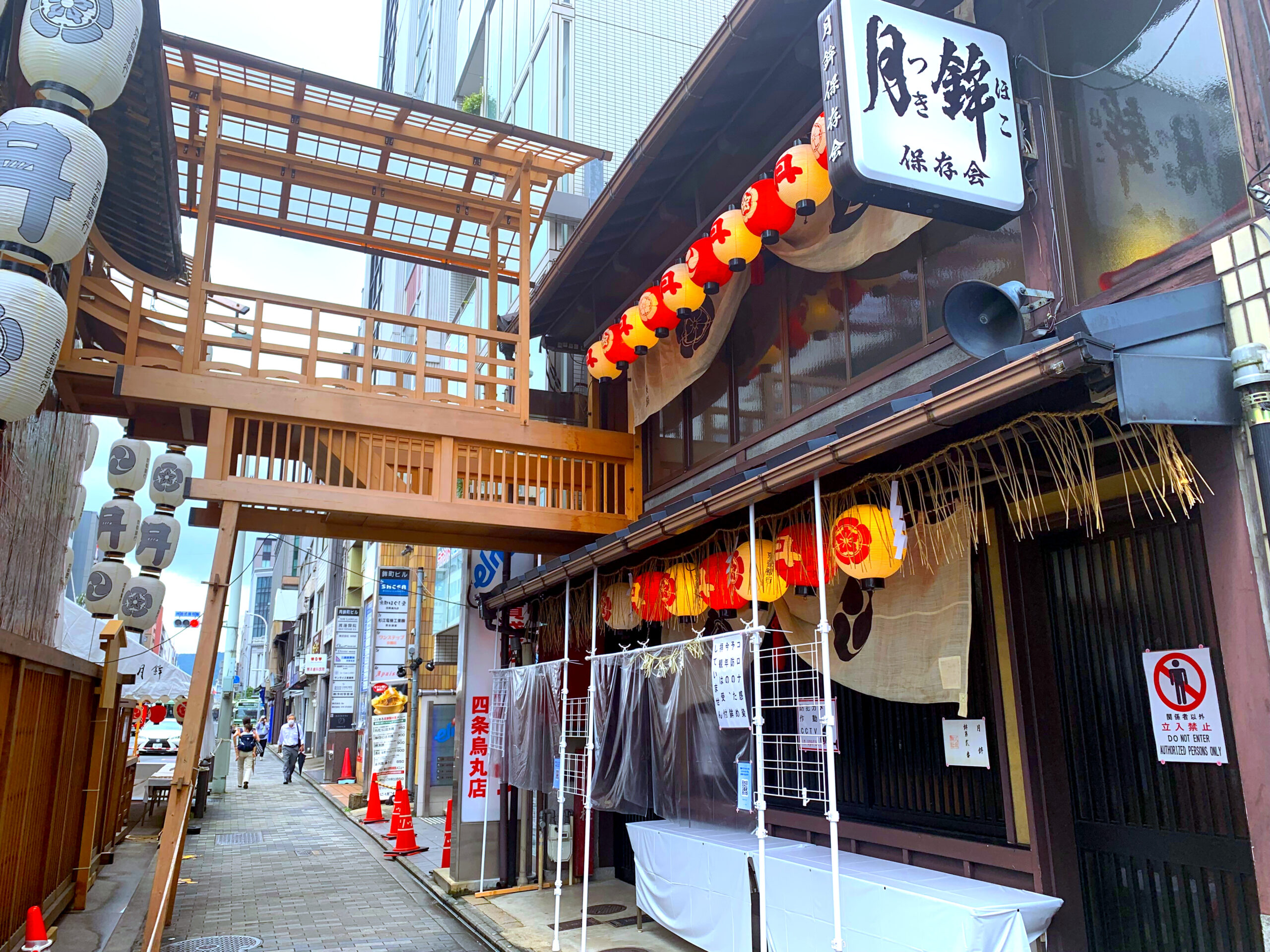 Kawai Shrine in Kyoto has a "mirror votive tablet" that can be a beautiful woman and a "hojo" by Kamo Chomei!
The large torii of Imamiya Shrine, which is indispensable in Nishijin, Kyoto, has been revived!
Kyoto｜The history of Imamiya Shrine's specialty "Aburi Mochi" and the difference between "Ichiwa" and "Kazariya"
Kyoto ｜ Jonangu Shrine Weeping Plum
Kyoto's famous sweets store, "Ryokujuanshimizu"'s Konpeito