Founded in 1847, “Ryokujuan Shimizu” is the only konpeito specialty store in Japan, and the manufacturing method of Ichiko Soden, which takes several days to make one type of konpeito, is still inherited.

Until about 20 years ago, I was able to see the making of konpeito, but unfortunately I can’t see it now. The iron kettle displayed at the store tells how to make it.

In 2000, it was exhibited at the Museum of Kyoto “Foreign Wind-Europe seen by Kyoto in the Edo period”, so it can be said that it is a historical work rather than a sweet from Nanban. 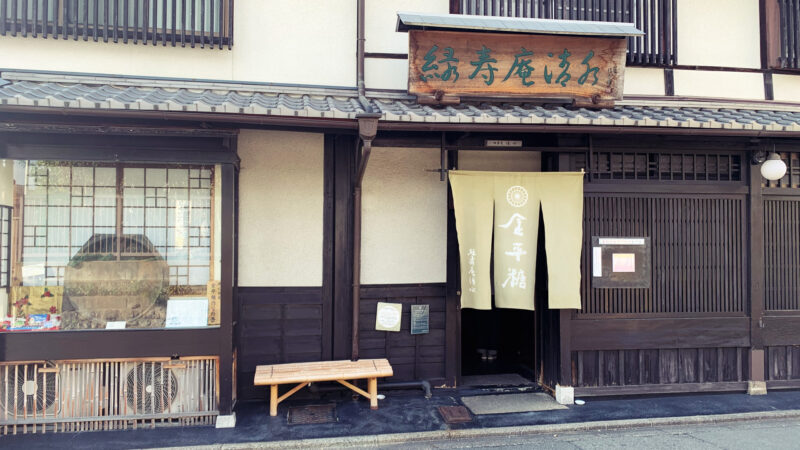 Konpeito, which is a traditional method, needs to adjust the “honey concentration” and “temperature and angle of the iron kettle” according to the climate such as temperature and humidity, and it is made while feeling the sound of konpeito rolling in the kettle with all five senses. There is no such thing as a recipe.

Konpeito, which is completed by a skilled craftsman using his five senses and repeating “sprinkling honey and mixing with a trowel” for two to three weeks while turning a heated iron kettle, looks like a small jewel. 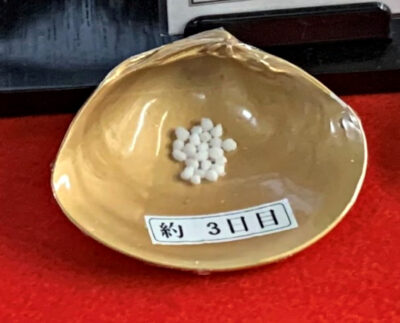 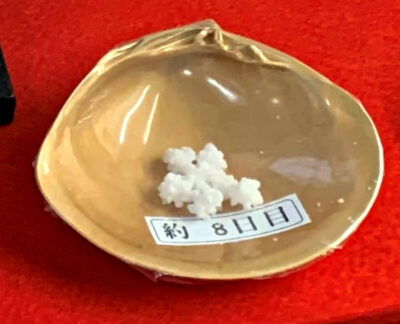 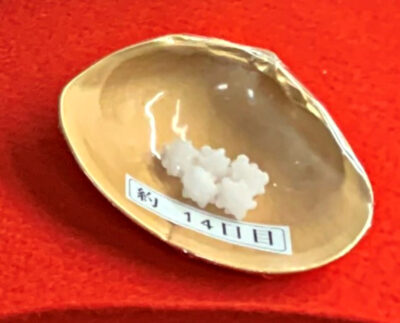 Those pictures are the picture of the Konpeito separated with the date of process.
From left picture to right, 3 days, 8 days, 14 days.
It is delicate and hard job for me to repeat same process for 2 weeks.

The Store Sells Small Amount of Konpeito per Day

This store sells small number of product, but the quality is really good.

Exhibition of the Products 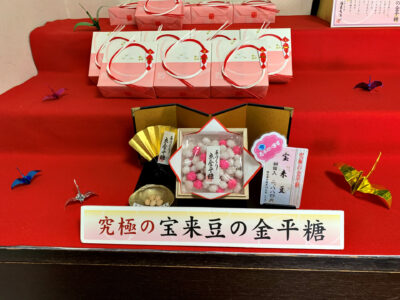 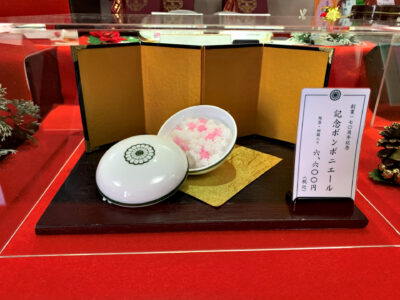 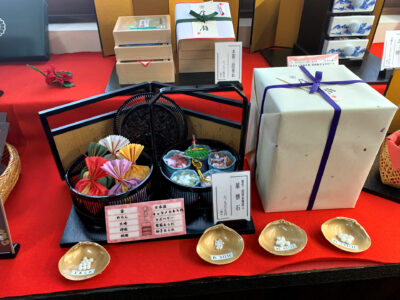 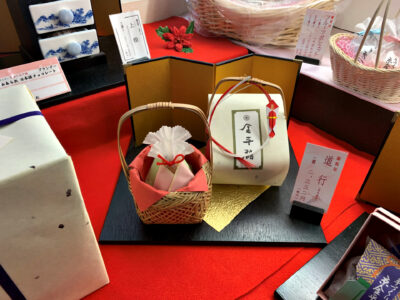 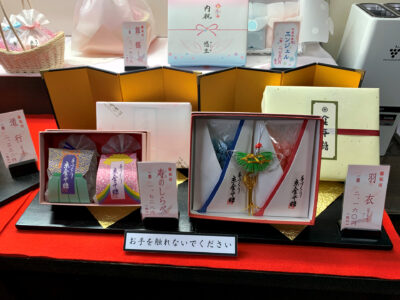 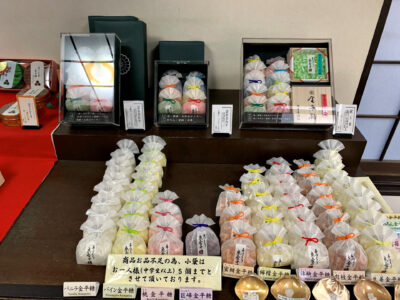 Konpeito is one of the Western cultures introduced from Portugal in 1546, and for Japan at the time when sugar was precious, it could only be eaten by aristocrats and high-ranking samurai.

According to the missionary Luis Frois’s book, when he visited Nobunaga at Nijo Castle on April 16, 1569, he gave him several candles and konpeito in a flask. It seems that the manufacturing method was still a secret.

Konpeito was first made in Japan 100 years after it was introduced from the West, considering that the method of making konpeito was described in Saikaku Ihara’s “Nihon Eiyozo” published in 1688. It will be about later.