I call the area beyond the limits that I have never experienced a miracle zone.

There is nothing more than a car once you step on the accelerator to the bottom. However, the power that humans have is endless.

Everyone has thought “No more!” In various fields such as sports, hobbies, and study.

If you compare this to a car, the accelerator is fully open and it is in a “full” state.

The difference between a person and a car is the “Miracle Zone” where only people who step on the accelerator to the bottom can enter.

For example, “fight or flight response”.

You might think, “Everyone has experienced it once,” but do you really have it? 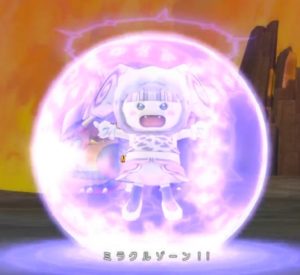 “Miracle Zone” has many uses

You sometimes propose plans and ideas at meetings. However, it is difficult to come up with new “plans” and “ideas”.

At one company, all the attendees of a meeting come up with ideas until there is no “material”. And it seems that he is squeezing out ideas from the state of “I can not think of anything” even if I think about it any more.

And it seems that there are specially good ideas that come out of situations that exceed such limits.

In the sports world, Olympic athletes and athletes such as baseball, soccer, rugby, and boxing are all setting new records by pushing and breaking through the limits.

I regularly push the limits with weight training and break through.

It is a rush to the “Miracle Zone” where you can get the best performance by removing the limit, but it is not always possible.

It is dangerous to try frequently because you remove the limiter that is originally provided to protect yourself.

Physiologically, it is said that the limit is about once every three days, and the effect is less than that, which is rather dangerous.

If you want to hone your favorite things, try it.